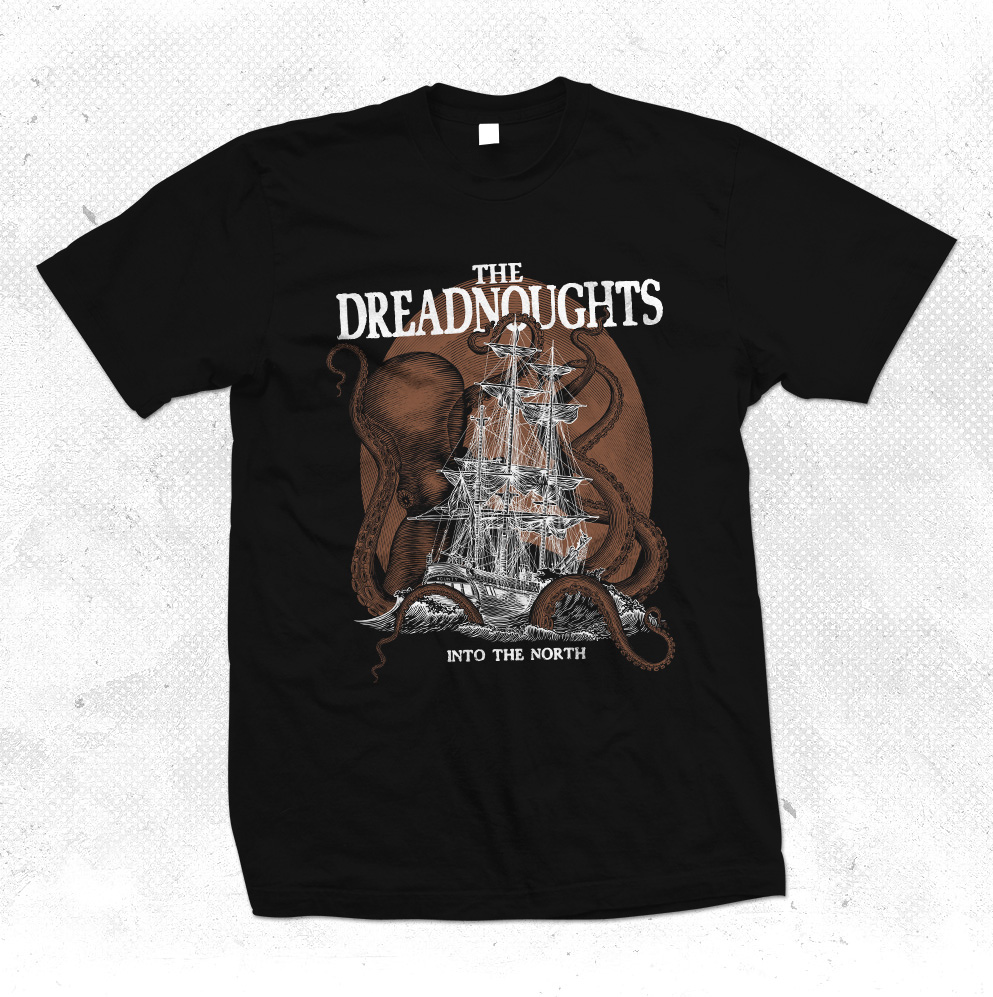 New T-SHIRT: Into the North

Get them while they are hot, 100 brand new shirts which will be sent out on release day - November 15th ish. 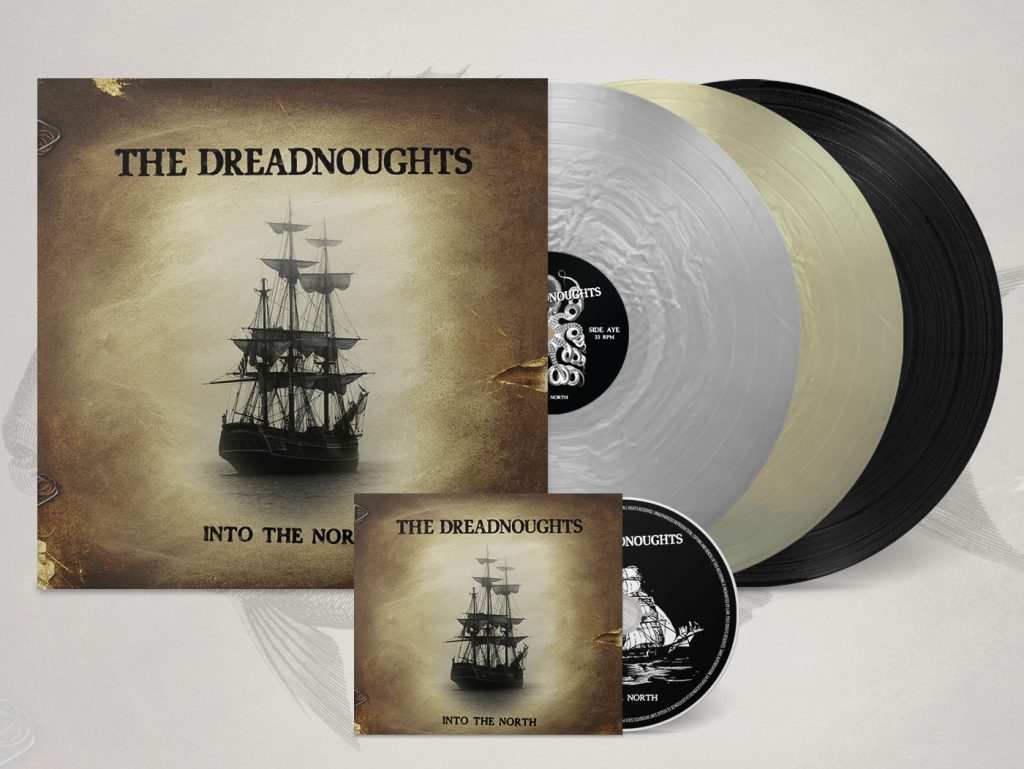 Pre Order - INTO THE NORTH

ALERT! INTO THE NORTH is ready for pre-order, and you can already stream our first single, "Joli Rouge!" Get it all here:

Cidre Joli Rouge (link below) is operated by the legendary Fred Simard out of Chicoutimi, Quebec, and he has kindly started to make some wonderful stuff called Dreadnought Cider. So we wrote a song about it! This song also gave us a chance to toss a couple more middle fingers at the syrupy, corporate, mass-produced, vomitous prison wine that is somehow legally allowed to be labeled “cider”, despite being almost entirely devoid of apples.

THE CIDER DRINKER MARCHES ON. 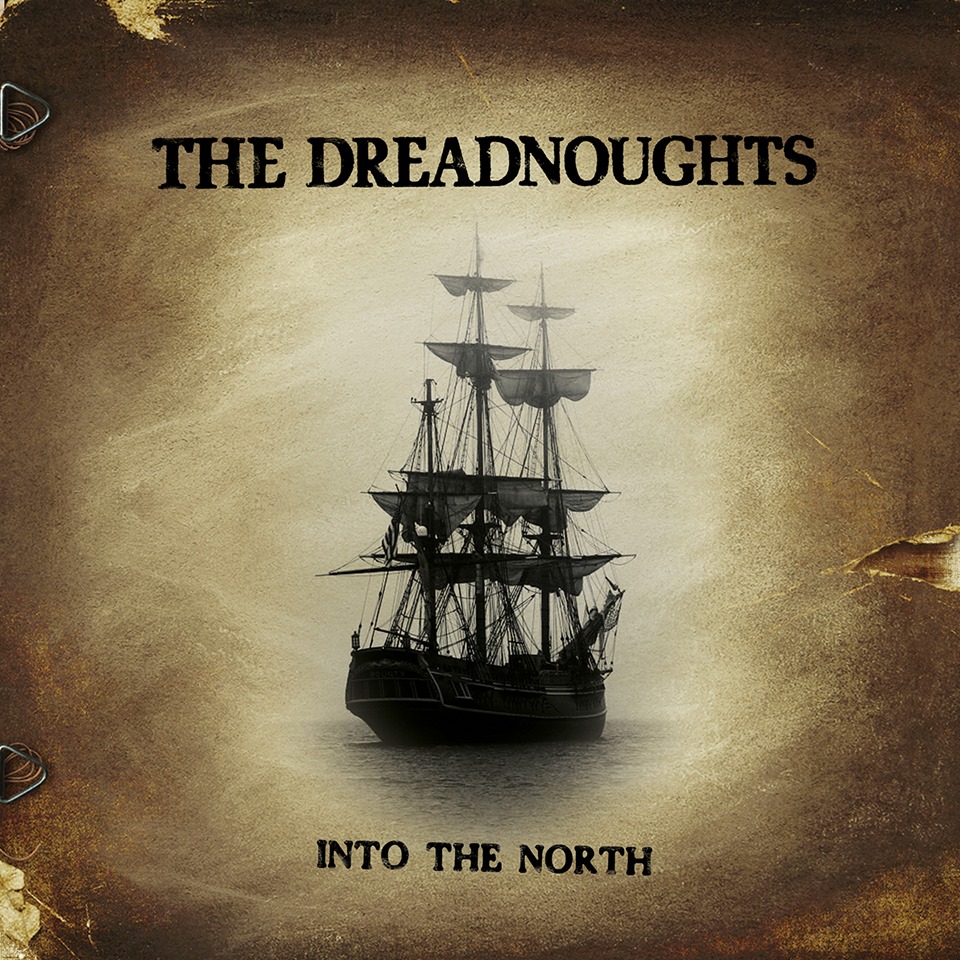 New Album - INTO THE NORTH

In 2007, the haunting roar of traditional sea shanties inspired a few misfits to start Vancouver's drunkest, punkest folk band. Now, in 2019, The Dreadnoughts are coming back to the music they love. We are proud to announce the release of INTO THE NORTH, a collection of traditional and original sea shanties recorded deep in the Canadian hinterland. Our official release is November 15, 2019, and the album will be available for vinyl, CD and digital pre-order in just a few days!

Holed up for a week in a small wooden cabin with nothing but whiskey in our glasses, four microphones in front of us, and hordes of mosquitoes outside singing along, we belted these damn songs over and over until we had them just right, and the result is the album we've always wanted to make. Stay tuned for pre-release info and track-by-track introductions, all coming soon!

We decided to visit our European tour roots, Germany, Czech, Switzerland. No better way to spend the first two weeks of 2020 than freezing on the Autobahn listening to Kraftwerk 🙂 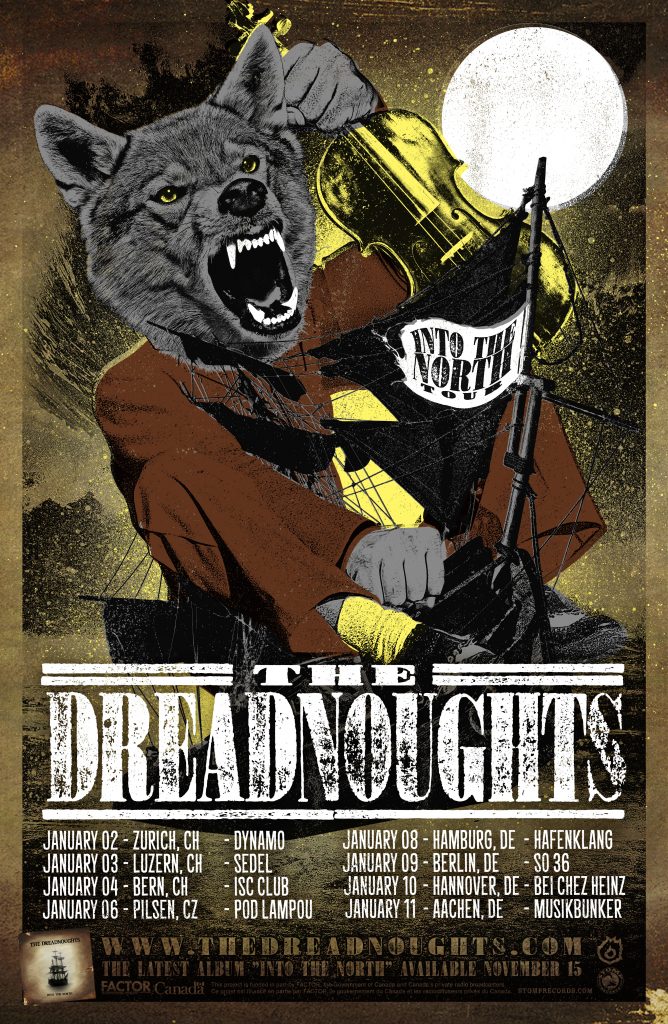 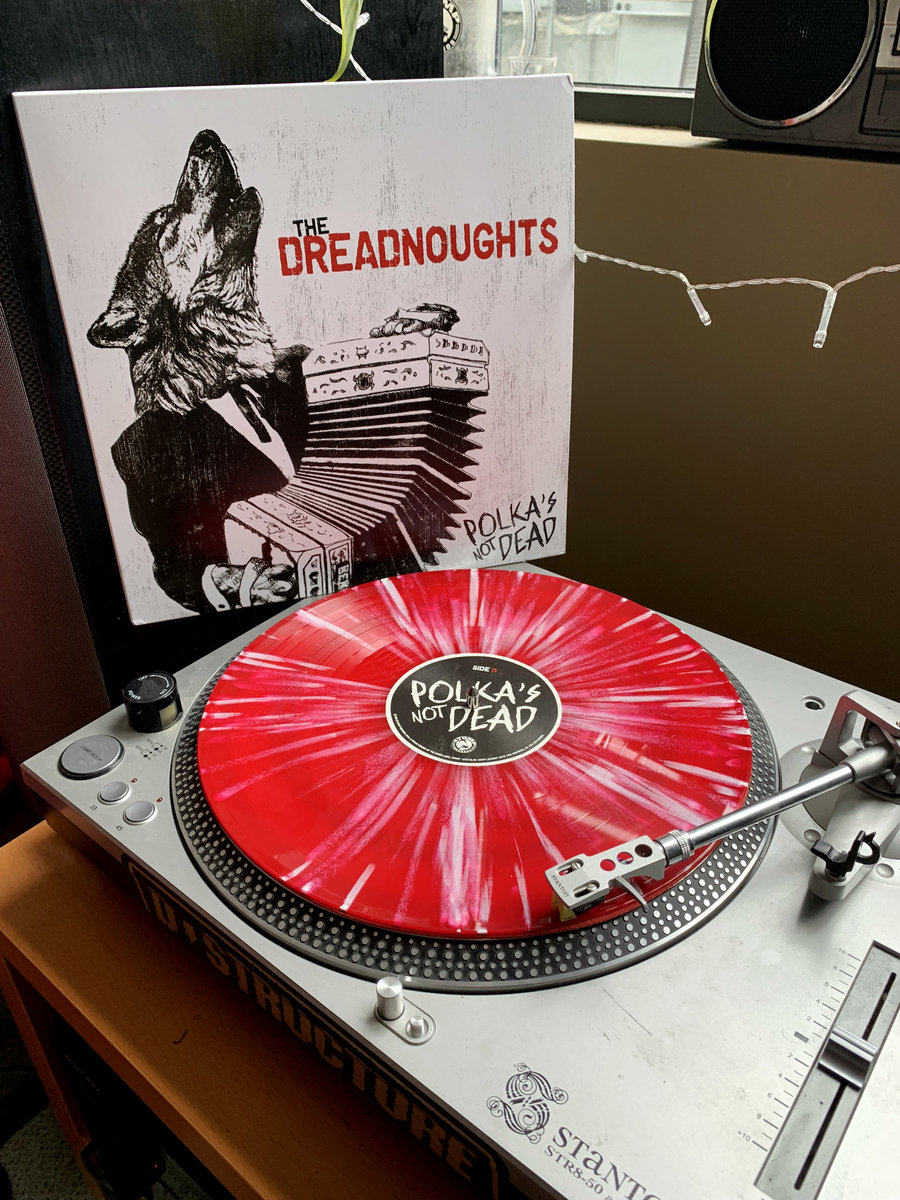 Due to popular demand we have re-issued our masterpiece. Order links below.

North America and rest of World:

Playing some shows and hence ordered some new shirts ... help us empty out our basement! 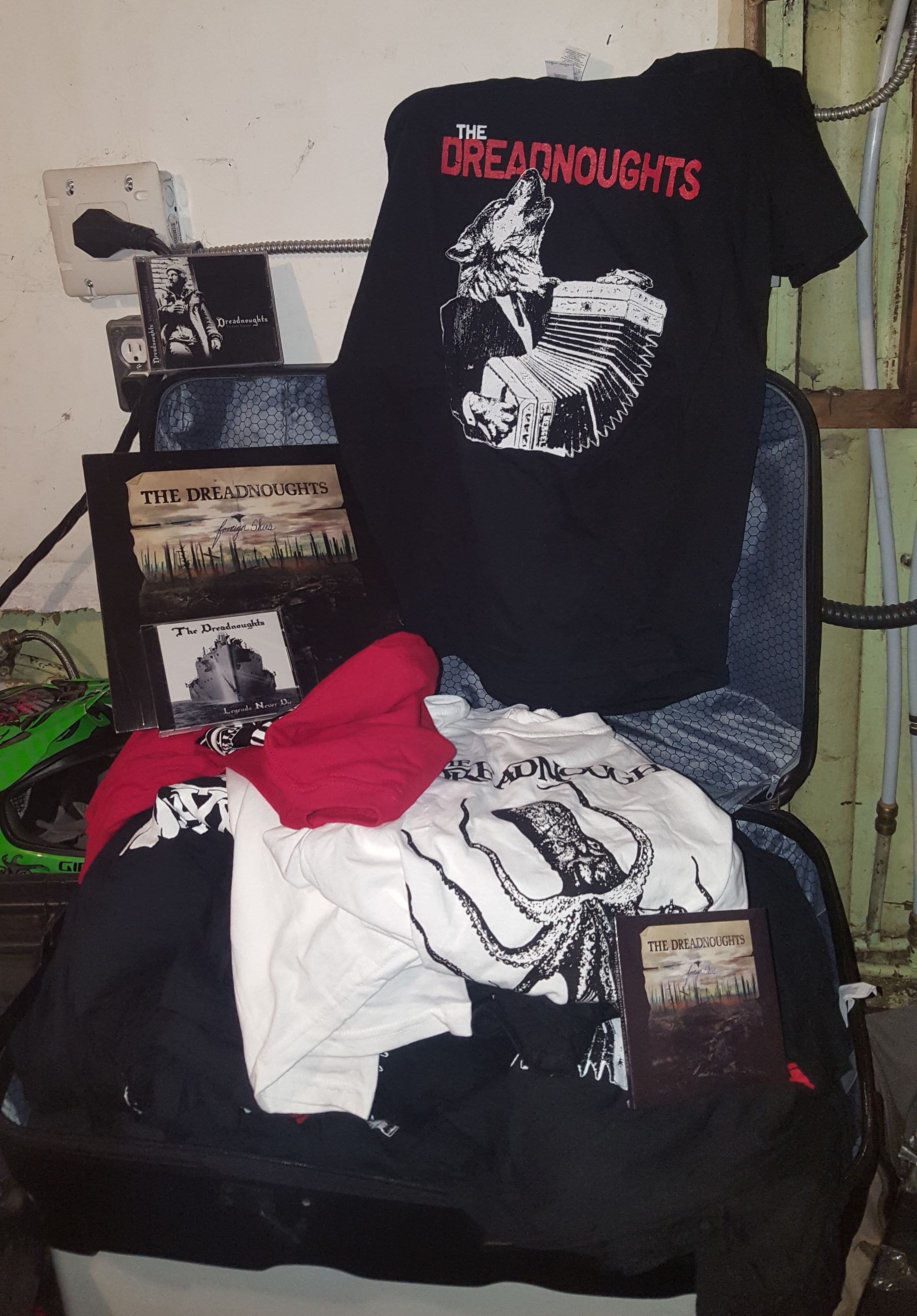 We decided to pay for a couple of fans to come on tour with us for a couple of days back in April, as part of a surprise birthday present. Best decision ever! Tal and Wheely-Ben turned out to be delightful folks, and they even brought a couple of cameras onstage to record our concert at Live Music Hall in Koln. Enjoy...

Yes, that is correct, we have a documentary.

Well, here's something that has never, to our knowledge, been attempted: a folk-punk concept album.  The genre has so many classics... the Pogues'  Rum, Sodomy and the Lash, Flogging Molly's Drunken Lullabies, Gogol Bordello's Gypsy Punks.  But none of these are concept albums.  So why not give it a go?

Those people can all fuck off, 'cause Foreign Skies is awesome. 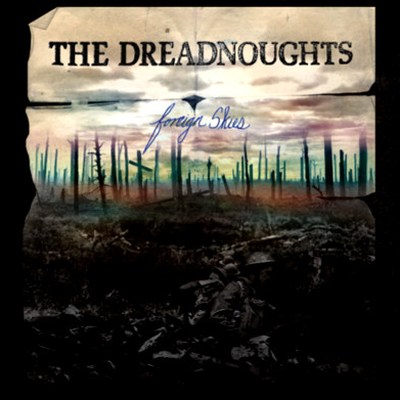